Hello! My name is Lauren Metzler. I illustrate children’s books, custom portraits and do creative art workshops! You can hire me to do all of these things!

My name is Lauren Metzler and I am an Illustrator + Designer based in Sydney, Australia.

MY STORY
Originally from Oregon, I spent my childhood hiking the forests and waterfalls of the Pacific Northwest. Early in life, I was introduced to the World of Faerie and other magical woodland creatures, while also being encouraged to explore my natural surroundings. This developed a strong fascination in the hidden wonders of the forest that remains playing a reoccurring role in my illustrative work.

“Conquering Mountains; How to Solo Travel the World Fearlessly” Guidebook by Be My Travel Muse 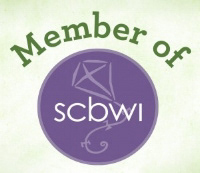